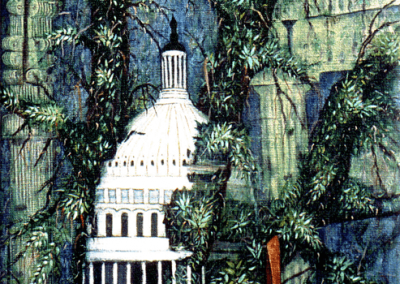 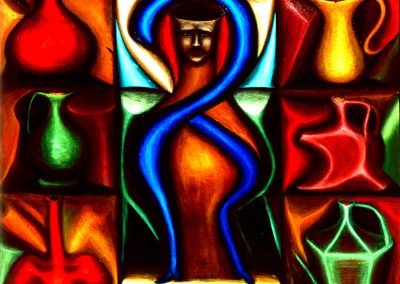 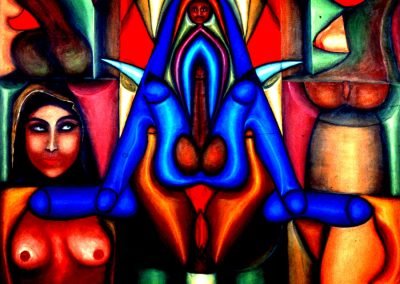 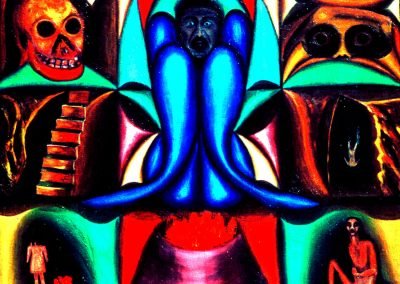 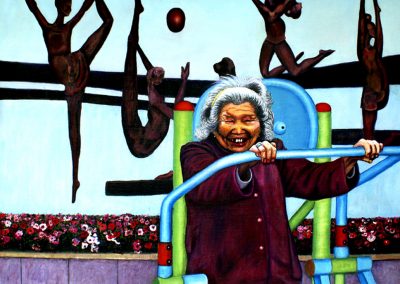 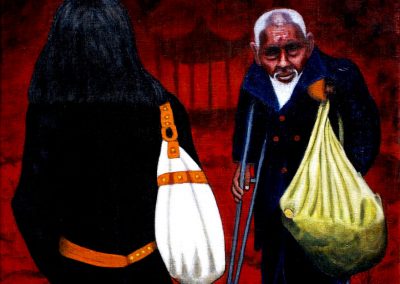 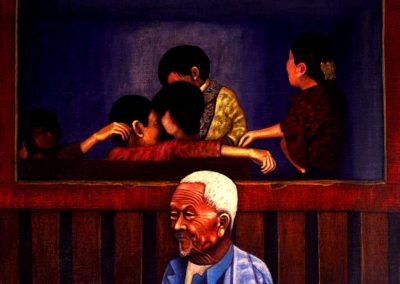 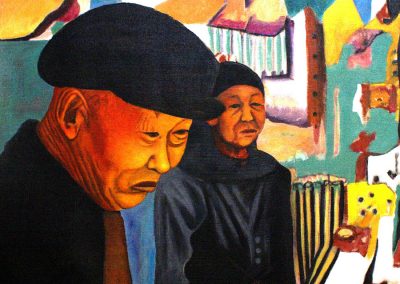 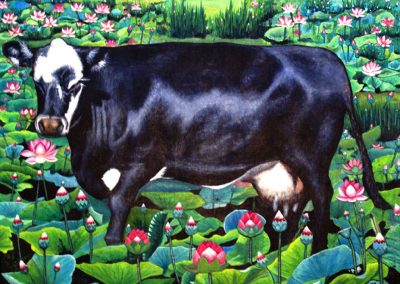 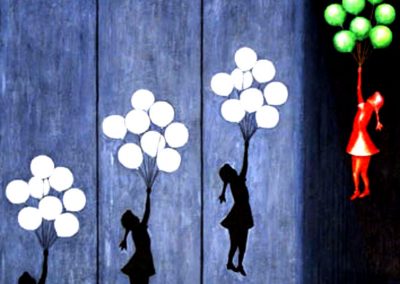 This painting is one of those works which their ideas come to mind from, out of the blue – from nowhere. A sudden metal conversations present themselves in strange and unrelated circumstances, and apparently they have no connection with physical or mental activities concurrent at the moment

The idea in this particular situation was an image together with the phrase of “donkey on the wall”.  It happened when I was painting in a cave in Dunhuang China. Puzzled with this out of blue intonation and its possible meanings or psychological implications, I visualized and seized the image.

A few months later, I decided to create a painting, which gradually evolved to become one of my profoundly meaningful paintings. The donkey became yellow. The wall, after some search was decided to be the Separation Wall imposed on Palestinian people by Israel. The girl with balloons was taken from myriad of graffiti images on the Wall of Separation.

The artist Banksy, by painting the image of a little girl with balloon, audaciously questions the legitimacy of the barrier imposition. An innocent girl, who can’t understand the reason for erecting such a high concrete wall and the political reckoning supporting the action, is curious to discover what is behind the wall. The curiosity leads to an invention tools , the balloons, for flying up to the edge of the wall.

While Banksy’s image says it all, a creative impetus searched for an imaginative conjecture as to the little girl’s journey. It might have been my story-teller mind was struggling for a new plot or an end to the story. Did the girl get finally to the edge of the wall? And if she did, did she see the other side of the wall? But, as we see, the way that the plot takes it teems, the girl finds a yellow donkey on the top of the wall. Getting excited (red), she changes her plan and tries to save the donkey instead, and seems to have forgotten her mission completely. Her new mission is to save the donkey. She thinks, if she changes the colour of the balloons to the grass (green), it would stimulate the donkey, so she would easily save her, but how? We do not know. The conundrum of the Separation Wall is not so easy to be solved by her, or as a matter of fact, by anyone else.

This painting has been shortlisted for Celeste Prize and exhibited in Berlin, The Museum of Contemporary Art Taipei, and  Arya Gallery in Tehran, Iran.