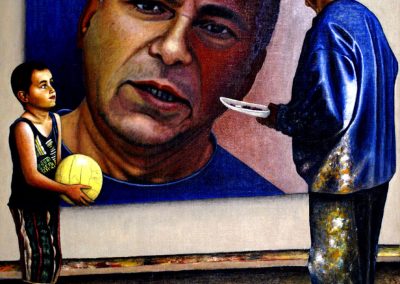 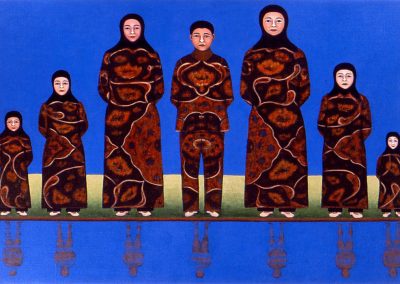 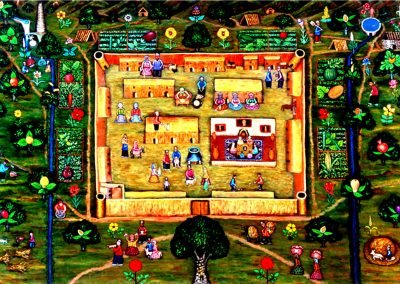 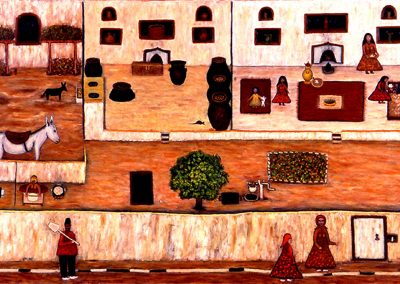 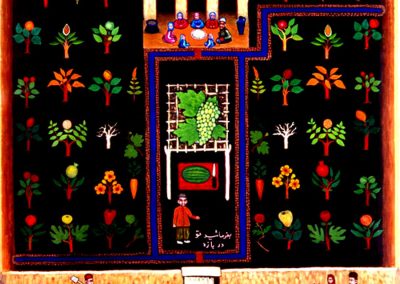 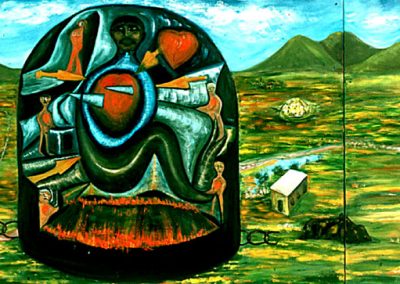 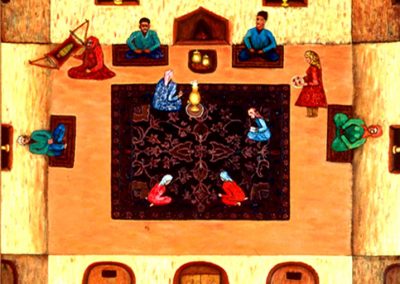 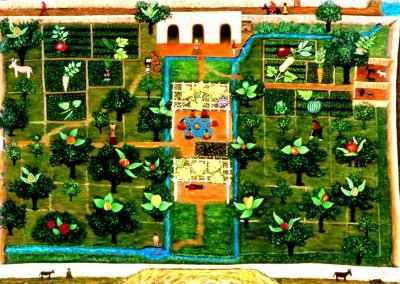 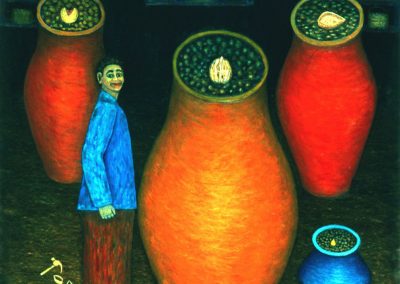 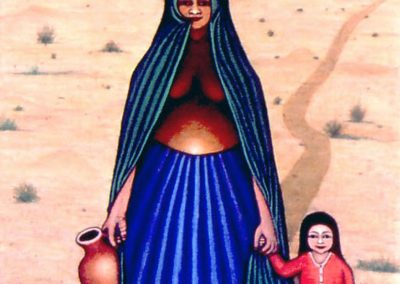 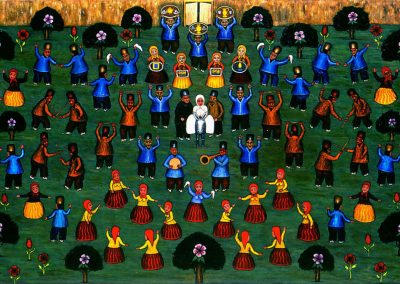 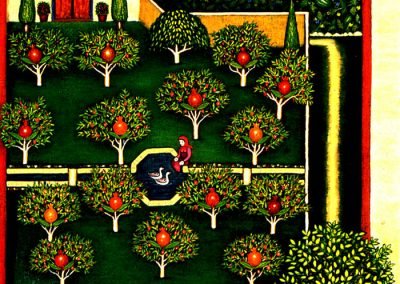 Series of autobiographical and memory paintings

Most of my autobiographical paintings are extensions of a large triptych oil painting called “Autobiography” Each painting reflects a segment of my childhood memories. In March 1993, during my first painting class in Florida International University (FIU), our teacher, Sandy Winters, assigned, a painting project called “Your Life Story”. I painted my first large painting in triptych, and called it “Autobiography”. The positive feedback and the encouragement that I got from Sandy, my first art teacher, and all the classmates re-asserted my new direction and set the foundation for many of my autobiographical paintings. I discovered the possibility of the reflection of my life experience through the medium of painting. I found that while I was painting “Autobiography”, I could remember an array of forgotten events, relationships, and connections.

Painting became for me a device for “making” of my past experiences. I discovered that searching into my past and recounting my stories in painting is a challenging creative process, during which, I find myself actively involved in remaking, reshaping, and rehearsing of my past.

The first part of “Autobiography” is related to my childhood; family and the house where I was born in; the garden, where I was conceived in; and port or castle nearby where native tribal people were using it as a winter refuge.

The middle part the painting is my interpretation of my life then, chained to the past – childhood; and the last part related to apparent mental freedom from things of the past.

Other paintings basically was generated from breaking down parts of this painting episodes and re examining and remaking the parts in different individual paintings.

My autobiographical Paintings deal with many personal Issues – life stories, and memories. They reflect my life journey. A couple of my paintings represent my recollections of my childhood memories of the garden which was made by my father and was the most beautiful garden in the city. I made two painting versions of that garden. They tell my father’s love and life stories: how he met my mother and fell in love with her.

The painting Overloaded shows how my mother was working hard; she gave birth to eight children, always pregnant, breast-feeding, and taking care of children. My father also worked hard. He used to get up before dawn going to farm or garden and come home late night. The Paintings also contain the wonderful images representing the Iranian hospitality where they leave their door open to guests. My house had been made of mud and hay; we always had guests. Children respected older people.

Cradle of Culture painting deals with whole interrelation of Persian visual culture with Persian alphabets and artifacts. The castle or port that was close to our garden, had been made by some revolutionary group to fight against the government of the time, and after the fights finished, the place was occupied by travelling tribes. The content of the painting is really some kinds of Iranian folk stories and show how these simple tribal people live.

In later paintings, I have reflected on my present life conditions: living away from my home country, Iran and living in Australia, marring with an Australian woman, and our inter-racial or inter-cultural child – some longing and belonging expressions.

In My Son and I, my son wanted to play soccer. He came to me and asked me if I could play with him, but I was too busy with my self – painting (my self portrait). Am I feeling guilty? Of course yes!

Self Portrait as a Boy has to do with my living as the only male boy with six female sisters, and It also some insight into the gender issues.  Painting “Vacancy” in fact deals with a crisis of identity.